The Classic Mystery Board Game has an aristocratic twist as it features characters and themes from the award-winning Masterpiece television series, Downton Abbey. While at a Crawley family dinner party Mr. Carson realizes something was stolen and he needs help solving the mystery. It’s an exciting strategy board game for 2 to 6 players, or to play in teams. Players ask questions about who did the crime, what object was stolen, and where it was hidden. Did Lady Mary steal Lady Edith’s typewriter and hide it in the dining room? Perhaps Tom Branson stole the Countess’ telephone and hid it in the pantry. Players mark their pads and narrow down the possibilities as other players show their 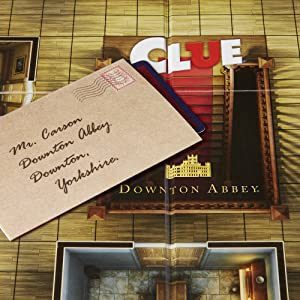 It’s a twist on the Classic Mystery Board Game inspired by the hit series, Downton Abbey. A valuable object has been stolen, and Mr. Carson needs help to solve the mystery 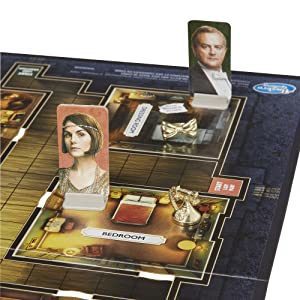 This Clue: Downton Abbey Edition board game is a suspenseful game of “whodunit” with characters inspired by the PBS award-winning television series 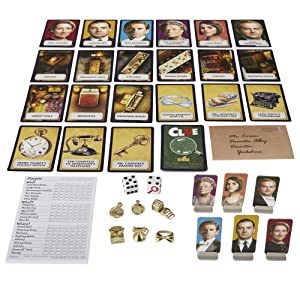